Remember the gorgeous concept Mazda dropped on us last year at Tokyo Motor Show? It was also a part of the concept car parade at one of the most exquisite automobile events in the world, Concorso d’Eleganza Villa D’Este.

Even though internet went wild when they introduced the concept, Mazda didn’t really anticipate so much excitement and positive attention. Kevin Rice, Mazda’s design director explained:

We were overwhelmed with the reaction to the RX Vision. Inside Mazda, we all love the car, but to see the reaction of the people here at Villa – car fanatics of the highest level – and for them to be impressed has kind of shocked us. In a good way.

Elegant yet sporty… where did we see that before?

If you look at the Ferrari 275 GTB or the Ferrari 330, and all those Italian cars through the late 50s, 60s and 70s, they were very pure, very clean and very exciting, that was the philosophy of Italian design.

The modern world is busier and more exciting, but we respect those values of purity and beauty. They were valid then, and – if nobody else wants to do it – we want to resurrect those values.

Looking at the two cars mentioned by Kevin, we can see what makes the RX-Vision concept so insanely attractive when combined with Mazda’s Koda design language. In my opinion this is probably one of the best looking vehicle currently in production or as a concept study.

Due to the fact that the RX Vision is a two seater and legacy naming, it will probably be the fourth iteration of the legendary RX-7.

Kiyoshi Fujiwara, Mazda’s head of R&D told Top Gear at the Tokyo show that it could have a next generation rotary engine, SKYACTIVE-R, which will address all of the major drawbacks of Wankel engines that caused problems for previous models: economy, emissions and reliability.

The concept also sported 20 inch wheels with 245 width tires in the front and 285 in the back, giving it more than enough rubber to put down the power without any problems.

Judging by the fact that it should rival Porsche Cayman, the power output should be around 300bhp, meaning the engine should once again be turbocharged.

That was also hinted by Fujiwara saying:

I can’t go into details, but we believe turbo is one of the options we can look at for rotary. At this moment we’re not working on a rotary hybrid system

Can another RX model really happen though?

It’s easy to get the rose colored glasses on when looking at a concept like the RX-Vision. The reality is Mazda hasn’t used a Wankel engine since the RX-8 and the business case is a lot harder to get a pass based just on looks.

Also taking into account the emission problems that RX models had before, makes it even harder to produce in this day of age. But maybe, just maybe Mazda will prove us wrong once again as Kevin did say

Nobody else would have developed the rotary engine. We thought we could get something good out of it, which we did, but we never stopped developing it. We didn’t just leave it with the RX-8.

In the back rooms at Mazda, we’re still developing it, and when the world’s ready to buy another rotary, we’ll be ready to provide it.”

If this does happen, I’ll be one of the first standing in line at the closest Mazda dealership. What about you? 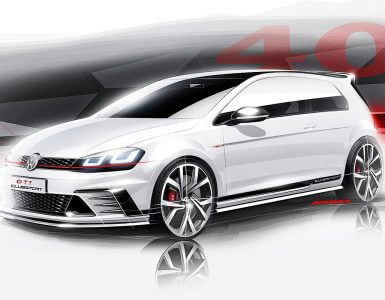 Austrian annual Wörthersee GTI meet is about to begin and Volkswagen is already starting to show glimpses of this years nuttery. They have just announced the 265-hp Golf GTI Clubsport concept. 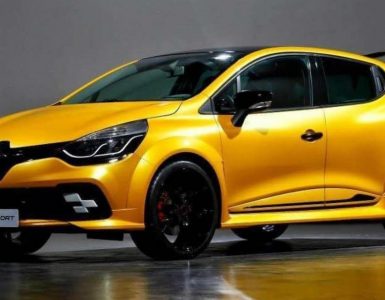 Renault show off even more aggressive version of Clio RS that could get 250hp!

The French edition of Evo magazine believes that Renault Sport engineers have managed to squeeze 250hp out of the Clio RS’ turbocharged 1.6-liter 4-cylinder engine. 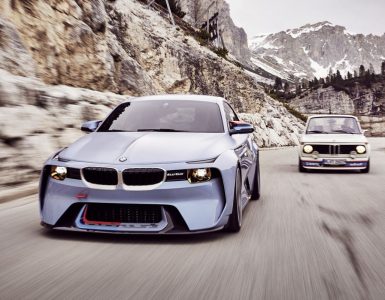 BMW has been building Hommage cars for years. Last year they presented the 3.0 CSL Hommage concept, this time, its paying tribute to the legendary 2002 Turbo with an M2-base concept called the 2002 Hommage. It made...