Everything you need to know about Understeer and Oversteer

Understeer and oversteer are driving characteristics that involve sliding of either the front or rear tires. Excessive understeer and oversteer can result in an out-of-control car. You’ve probably all experienced these characteristics on slippery roads, but on dry pavement these traits only reveal themselves when the car is pushed to its handling limits. How you react could be the difference between having an accident or not..

Why am I writing about this? It happened to me a week ago. I was too fast in the serpentine and I lost the grip on my front tires. I managed to save it somehow but I still touched the fence. It could have been worse. I’m ok, the car only have a scratch on the front bumper. My mechanic at Enigma Motorsport told me, “These are just so called – racing experiences.” So I started to make a research about what I could do, to prevent the crash or with other words, to prevent the understeer or oversteer of my car.

The more power a car has the more likely understeer or oversteer will show their faces. Many new cars offer electronic stability control that will kick in and keep the car in control when it starts to slide.

Understeer happens when the front wheels start to plow straight even if you have the steering wheel turned. FWD tend to understeer more because power is being sent to the same wheels that steer the car, and when the tires start spinning there’s no grip to steer. If your front tire tread has ever been packed with snow or mud, you know the feeling of understeer because, as you turn the wheel, the car keeps going straight. The most common form of understeer is caused by accelerating too soon in a corner; lifting the weight distribution, and grip, off of the front tires.  However turning the wheel too fast, and too far, can also cause understeer.  The steering wheel is most intuitive control in the car. On the road, below the limit of the car, more wheels equal more turning. This is not so at speed.The tire wants to go straight, so the more we turn it, the less it actually wants to grip.

What to do when your car understeers

The simple way to prevent this from happening is to ensure that your speed is relevant to the conditions, and that you’re not driving too quickly for the corner. However, if you do find yourself in an “understeer situation”, there are ways to react. The key is to “remove the cause” of the skid. Release the accelerator to reduce the speed, and straighten the steering wheel to allow the front wheels to regain traction.

Oversteer is the tendency for the rear end to slide out or fishtail.  In responsible everyday driving, there’s no reason oversteer should be a concern. In rain, snow or mud, however, the rear end of RWD cars can creep out on you. Traction and stability control can minimize that fishtailing. The exhibition sport of drifting is an activity that revolves around oversteer; drivers pitch their specially-built cars sideways and smoke the tires at high speeds. Fundamentally, the rear end of the car has lost grip, and begins to overtake the front.

What to do when your car oversteers

It is very simple actually. The way to counter it is to steer into the skid or slide – so if you are going around a left-hand corner and the rear end of the car slides to the right, you need to steer to the right.

Right, easier said than done. I have been in this situation and I tell you, it’s not that simple. You have very little time to react. We are talking about split second. That’s why is good to have some extra driving skills and some racing experiences. I recommend you to try all these situations out on controlled areas like for example empty parking lots or even better safe driving centre’s polygons, which are built purposely for carrying out safe driving exercises. Better be prepared, than sorry! 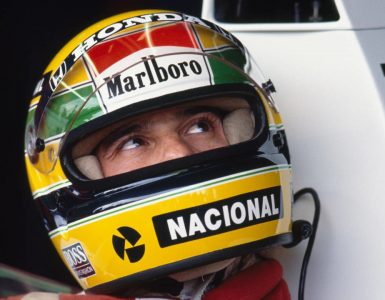 Watch this insane onboard camera footage of the incredible Ayrton Senna’s 2nd qualifying lap at the Monaco Grand Prix on 6th May 1989. 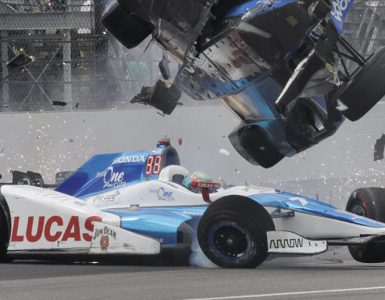 Scott Dixon, who is currently in second place of Indycar championship, started the race from pole position, giving him an extra edge that could land him another victory. Unfortunately nothing went according to plan. But... 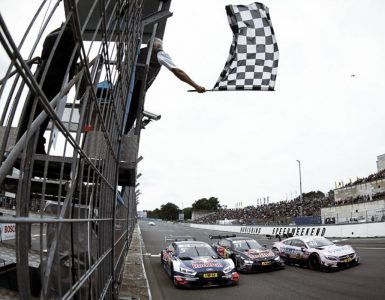 Who gets P3? Crazy photo finish at Norisring 2017 DTM race

What a hard fight for P3 during a crazy second DTM Race at Norisring. Edoardo Mortara, Mattias Ekström and Marco Wittmann were all extremely close to each other when crossing the line – what a photo finish!