Watch a 780 bhp Subaru Impreza aka The Gobstopper, tear the racetrack to shreds leaving Evos, Supras and RX7s and others in the dust. Even though the car sports a large wing, a diffusor at the front and back plus a custom bottom to increase the downforce, it just isn’t enough to keep it from lighting up all four tires under heavy acceleration.

This 1999 Subaru Impreza STI Version 6 Type-R is powered by a custom built EJ20 closed deck 2.0 liter flat 4 cylinder engine. It can squeeze out an impresive 780 bhp and 786Nm of torque. Its massive 700cc injectors take care of the fuel supply and if you think that almost 800 bhp isn’t enough, they’ve also added a 100bhp direct nitrous injection system which is controlled progressively via Motec M800 ECU.

It drives the power to all four wheels (Team Dynamics Pro Forged) via 6 speed sequential dog box. And with so much power and speed it needs all of its 380mm AP Racing carbon front brakes and 340mm at the rear, to make it stop quickly and efficiently.

Still not impressed? Take a look at the video from Snetterton (hint, the onboard footage starts at 2:10) 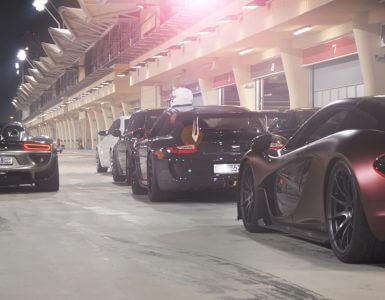 The most insane Track Day in the world!

You can prepare yourself for a lot of things, but not for a TRACK DAY like this! I have written track day in capitals as this is THE most insane event of this type you will ever witness. 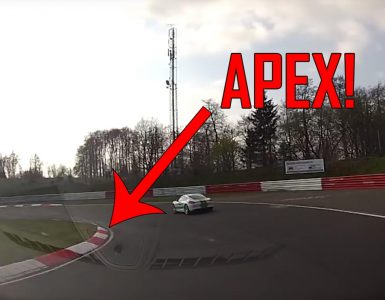 Is this the absolutely worst driver to ever hit the Ring? We’re not sure, but we are certain it’s the worst driving caught on camera. The lines this guy takes are cringe worthy if not fear inducing. 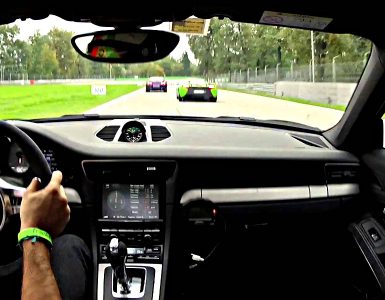 Watch this insane skilled driver with his Porsche 991 GT3 racing against other on Monza circuit track day. 991 GT3 RS, Lamborghini Huracan, Nissan GT-R, McLaren 650s and so on.. he absolutely destroyed them all...

The most insane Track Day in the world!