Lamborghini Gallardo towing a trailor – Why not?

If you would see a Lamborghini Gallardo rolling around town with a roof rack and a trailer hooked to the back you would probably think the owner has gone insane. So take a look what happened in downtown Montreal!

Well it’s not what you think, the Lamborghini Gallardo carrying wooden planks and an insulation roll on its roof while towing a trailer was not a case of a bad divorce settlement nor did the owner lose his mind.

“The Lamborghini is the ultimate luxury sports car, so to use it for renovations, it attracts attention, and it allows us to illustrate perfectly the title of our new issue”

We completely agree with her on the matter of ultimate luxury sports car and it definitely made the impression they were hoping for!

See the Gallardo in action by watching the video below! 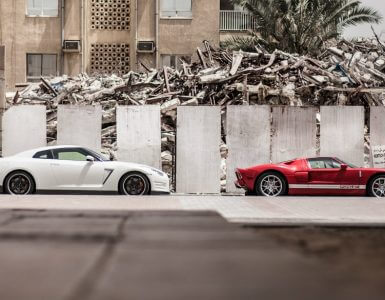 Imagine you’re driving well over 300 km/h while racing a Porsche 997 Turbo with your Nissan GT-R. You probably wouldn’t expect what could about to happen at the end of your high speed pull. I bet the owner... 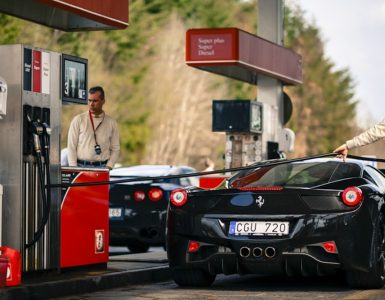 Is this the world’s most epic gas station?

Burnouts, wheelspins, exhaust bangs, full throttle accelerations.. it sure is the loudest and the best sounding gas station in my opinion! It appears as all the supercars and sportscars in the world use it for gas. 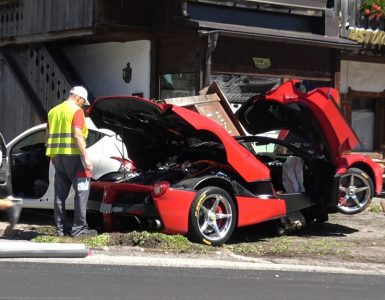 When it comes to crashing a car, even when you aren’t injured, it always hurts. But how the hell did this $4.5 million worth LaFerrari went off the road?