Iannone takes first win for the Ducati since 2010

Andrea Iannone has taken his first win for the Ducati Team on the Austrian GP since Casey Stoner last victory for the red machine at Philip Island in 2010.

This is also the first victory ever for Iannone in the royal class of MotoGP. He held off pressure from his team mate Andrea Dovizioso who finished 2nd. Movistar Yamaha riders, the reigning champion Jorge Lorenzo finished the podium on 3rd place and beat his team mate Valentino Rossi on 4th.

Dovizioso had an impressive race and led for good amount of laps at the Red Bull Ring. Although he was running a harder tyre option than his team mate Iannone, he was however unable to counter attack from him and later on close the gap to the final few laps.

Jorge Lorenzo has had a difficult run in the last few races but today he showed a much better form. Rossi on the other hand, was behind him for the whole race but he just couldn’t find the right pace to overtake him.

The next race, the paddock moves north to Brno GP in the Czech Republic. Can’t wait, it will probably be a very good race! 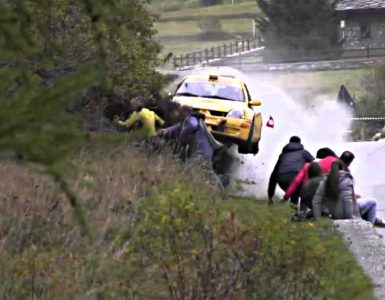 When this group of spectators came out to watch this rally race, they probably had absolutely no idea what was about to happen. 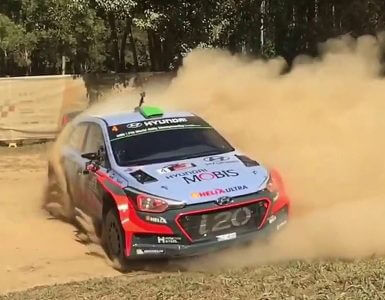 We decided to follow up a gif that gained insane amount of exposure on our social networks with a set of videos featuring the Hyundai i20 WRC rally car. Including the original video of the U-turn drift! 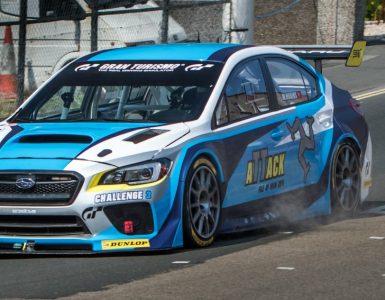 The racing-prepped Subaru WRX STI driven by Mark Higgins has broken the car lap record around the Isle of Man TT course. ​The Isle of Man legend set an amazing 17:35:139 lap, destroying the previous record by more than...