The fact that the Kawasaki Ninja H2R was born to break records and push limits way beyond the borders known to man is no secret, so the fact that Kenan Sofuoglu reached 400 km/h (249 mph) is no surprise.

For all good that can happen to motorcycles, the supercharged Kawasaki Ninja H2R was unveiled in 2014 boasting of 300 horses under its belly, while its closest rivals are still in the vicinity of 200. But is there someone to push it to the limit?

Kenan Sofuoglu. The most successful World Supersport rider of all time recently had his sights set on a new and different kind of record. He was about to break the land speed record on a production motorcycle.

With many practice runs and attempts to get ready for the final push, Sofuoglu was trying to break the record in native Turkey, 50km away from Istanbul, on the 8799-feet long Ozman Gazi bridge, the fourth longest suspension bridge in the world.

The WorldSSP Championship leader rode a Kawasaki Ninja H2R complete with winglets, and had a special leather suit made. To lower the risk of a tyre blowout, the speed was to be reached in less than 30 seconds, and the Turk visited the bridge numerous times and at different times of day to check the conditions. Having judged early morning as the best time for the attempt, the record was then broken just after dawn, two days before the official opening ceremony for the bridge. The speedometer indicated 400 km/h top speed was achieved in 26 seconds.

Commenting on the achievement, Kenan Sofuoglu said, “I do not remember where I got this idea of the record from first, but when I signed the agreement on 2016 with Kawasaki, I liked and wanted so much this special edition bike. When I asked for the motorcycle, Kawasaki said its maximum speed was 380 km/h and that their dream was to reach 400km/h. The first time I rode it, I felt its huge power and speed, and I made small changes to the motorcycle – keeping its original settings – and did not modify it. I reached 390 km/h in my last trials and today I beat this and reached 400 km/h. I was planning to do this speed attempt for the opening but we had to catch the best weather conditions and so we did it at 5:00 am. The top speed we get to in the world championship races is about 300 km/h, so 400 km/h is a really high speed. It was a dream to reach this speed and thank god I made it. I currently hold the top place in the World Championship, and my next dream is taking the World Champion title the fifth time.” 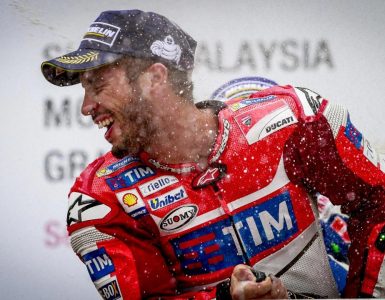 Yet another wet race of the season brought us the ninth race winner of the season. Andrea Dovizioso took victory in Sepang after taking the lead away from Valentino Rossi with just 5 laps to spare. 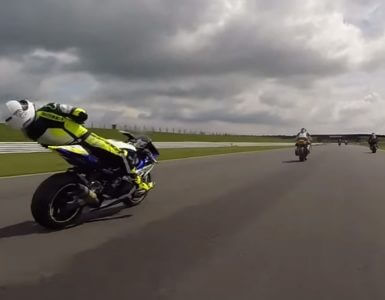 There’s really no good time and place to get knocked unconscious on the motorcycle, especially if you’re smacked in the head by flying bike parts while roaring down a long straight at over 140 mph! 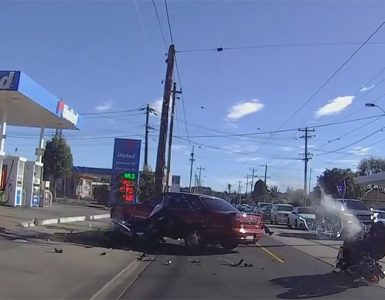 Straight up scary stuff here. Driving bikes is inheritably dangerous, and every gap in stationary traffic has a potential to turn into a collision.